Showing posts from October, 2010
Show all

October 29, 2010
Hello everyone, There are job openings at ITIM Systems Pvt. Ltd. One of finest software house of Karachi/Pakistan. I had a tremendous tenure there, so if anyone interested to work there then send me your resume ASAP.
1 comment
Read more 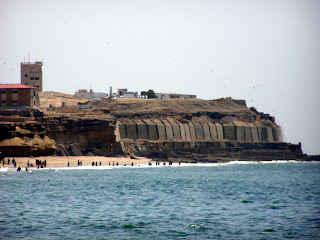 While searching themes for Windows 7 I found that there are not much themes of Pakistan. I thought why not create one my self and so here it is. All pictures used in this theme are taken by myself (and so copy righted to me as well :) ) Just download compressed file, unpack it, install theme and enjoy it. You can download theme here: Download
5 comments
Read more

Ban on pillion riding to end

October 15, 2010
In a poor zoo of Pakistan, a lion was frustrated as he was offered not more than 2 kg of meat a day. The lion thought its prayers were answered, when one day a Dubai Zoo Manager visited the zoo and requested the zoo management to shift the lion to Dubai Zoo. The lion was so happy and started thinking of a central A/c environment, a goat or two every day. On its first day after arrival, the lion was offered a big bag, sealed very nicely for breakfast. The lion opened it quickly but was shocked to see that it contained few bananas. The lion thought that may be they cared too much for him as they were worried about his stomach as he had recently shifted from Pakistan . The next day the same thing happened. On the third day again the same food bag of bananas was delivered. The lion was so furious; it stopped the delivery boy and blasted at him,' Don't you know I am the lion...king of the Jungle..., what's wrong with your management?, what nonsense is this?, why are
1 comment
Read more
More posts