Showing posts from 2013
Show all

December 13, 2013
Can we generate pseudo code from a given C#/C++ program? Usually, it is difficult to understand a code after long time when you wrote actual code.
Post a Comment
Read more

PRIDE: When to open your hand 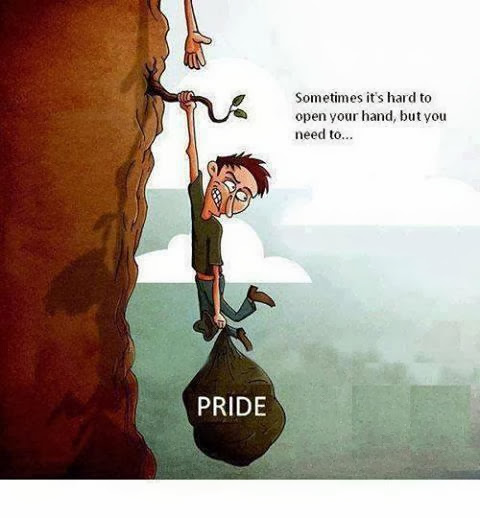 Student Corner: Tips for your resume

November 28, 2013
1. I feel now there is no more need of objective until or unless your objective is tightly align with the organization's mission. 2. Degrees should be in chronicle order. Your potential employer is interested to see your latest degree first. Years of passing is also important factor for employer.  3. You need to find a more standard way to define your work experience. See some examples on internet. It is important to mention your designation and job responsibilities. 4. Do you really think CSS is a language? or even Photoshop? or C# is synonym of Visual Studio? or you need to mention C# and .Net as separate skills?  Moral: Such things are always debatable and everyone has his or her version. Try to avoid such confusion in your resume (try to find resume of experience people) 5. Mention your FYP as separate heading and immediately after experience. 6. Only include very good and attractive course projects which you really want to let them know. don't mention ordinary c
Post a Comment
Read more 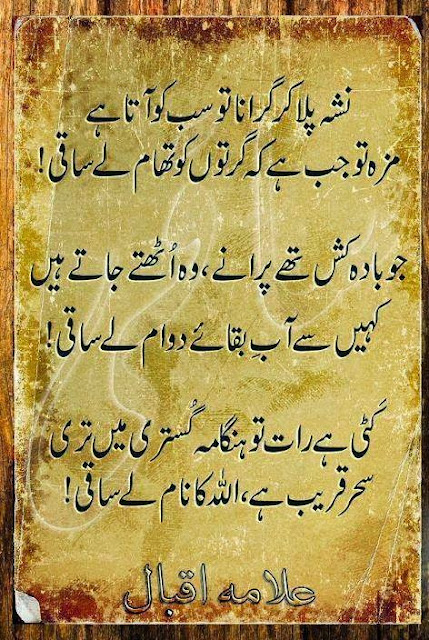 November 19, 2013
In one of his writing Sir Dijkstra defined three rules for successful scientific research. Being a research student for last few years I found these three rules are perfect to shape your research. First rule is for say NO to shortcuts; don't go for publication but to raise your standard. Second, go for something that enhance circle of knowledge! Third, there is no end of world; find and explore topics suite best for you. You can find original article at  http://www.cs.utexas.edu/~EWD/ewd06xx/EWD637.PDF Raise your standard! "Raise your quality standards as high as you can live with, avoid wasting your time on routine problems, and always try to work as closely as possible at the boundary of your abilities. Do this, because it is the only way of discovering how that boundary should be moved forward." Prefer scientific soundness "We all like our work to be socially relevant and scientifically sound. If we can find a topic satisfying both desires, we are lucky; if
Post a Comment
Read more

November 18, 2013
I received from a forward email: A giant ship engine failed. The ship's owners tried one expert after another, but none of them could figure but how to fix the engine. Eventually they brought in an old man who had been fixing ships since he was young. He carried a large bag of tools with him, and when he arrived, he immediately went to work. He inspected the engine very carefully, top to bottom. Two of the ship's owners were there, watching this man, hoping he would know what to do. After looking things over, the old man reached into his bag and pulled out a small hammer. He gently tapped something. Instantly, the engine lurched into life. He carefully put his hammer away. The engine was fixed! A week later, the owners received a bill from the old man for ten thousand dollars. "What?!" the owners exclaimed. "He hardly did anything!" So they wrote the old man a note saying, "Please send us an itemized bill." The man sent a bill
Post a Comment
Read more

Blog for my research journey

November 18, 2013
I am maintaining a separate blog for my research work. The purpose of this blog to share my research findings, observations, algorithms and code with fellows. http://researchjourny.blogspot.com
Post a Comment
Read more

October 18, 2013
Sometimes it feels like there are so many things in this world we cannot control: earthquakes, floods, reality shows. But it's important to remember the things that we can...  like forgiveness, second chance, fresh starts. Quote from movie " New Year's Eve "
Post a Comment
Read more

Journalism: accountable to whom? 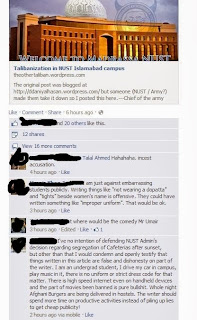 In a single day, I came across two articles and for both articles people's response in negative and they showed concerns that both articles are written without knowing actual facts. These people are those who having  first hand experience with mentioned entities First article is about Dawah work (aka Tableeghi Jamat) - like many other people - author wrote his perceptions without verifying anything prior. http://thelalajie.wordpress.com/2012/12/16/tableegh Second article is about NUST Islamabad - unfortunately a graduate from same institute denied about such things publicly in comments on Facebook http://theothertaliban.wordpress.com/2013/09/24/talibanization-in-nust-islamabad-campus/ Journalist always criticize politicians, bureaucrats, judges etc on delivering falsify speeches . Aren't they doing same?
1 comment
Read more

What would you do?

A must listen, if not for you then for your children! We have to listen ourselves and have to look inside of us to identify what we really want to do .... if money is not matter. Trust me, money will follow you!
Post a Comment
Read more
More posts